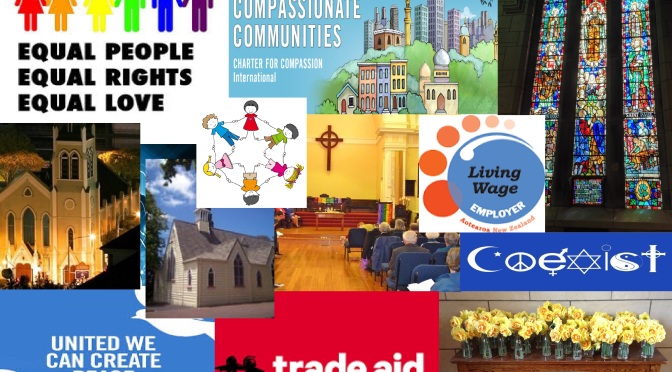 Say goodbye to belief and welcome to faith, urges Ian Harris. They’re not the same, and it’s the life of faith that matters.

It will be a grand day for Christianity when it ditches its obsession with belief and rediscovers the centrality of faith. That won’t happen any time soon, because creeds, rituals and biblical translations seem full of the notion that believing the right things is what makes Christianity the religion it is.

That, however, is a modern aberration. It’s faith that matters, not belief, and the two have become hopelessly confused in the minds of Christians and atheists alike. For that, the churches themselves must bear most of the blame. Reverent of antiquity, tradition and authority, most preserve the texts of the past as if they were sacred, seemingly unaware that a living religion is free to evolve along with everything else. A deeper sacredness lies in the quality of relationships. And anyway, some key words in the texts don’t mean today what once they did.

Foremost among them are “belief” and “believe”. Forty years ago a professor of comparative religion at Harvard University, Wilfred Cantwell Smith, delved deep into the way their meaning has changed.

In the distant past the core meaning of both was trust and commitment. They equated to the Latin “credo” (I believe), which itself distils the words cor (heart) and do (I give). So credo carries the subliminal meaning “I give my heart to” – and so, in Old English, did “believe”. Then came the Norman conquest, and over time the newcomers sprayed a host of French words into English. Among them was “faith”, signifying trust, loyalty and commitment – exactly what the English meant by belief. Gradually it usurped belief in that sense and ultimately prevailed. By 1604, when scholars set to work on translating the Authorised Version of the Bible, faith was the go-to word.

They had a problem. Where once there was an obvious link between belief and believe, the noun faith had no matching verb. So when the translators needed one, they continued to use “believe” in its old sense. Regrettably, modern Bible translations still do.

In the following centuries the meaning of “belief” and “believe” underwent a sea-change. Instead of trust and commitment, they came to mean simply having an opinion, as in “I believe it will be fine tomorrow”, or “I believe Donald Trump is the greatest US president ever”. (Well, he does.)

Interestingly, though, there’s a vestige of the word’s origins when somebody says “I believe in my doctor”. This is not a statement that in somebody’s opinion the doctor exists – which is how “I believe in God” is usually understood – but that he or she trusts the doctor. For clarity, then, the church would do well to erase “believe” from its lexicon and talk of trust instead. That’s where faith kicks in. I know atheists who scorn faith as irrationality and delusion at best, ignorance and superstition at worst. Even church folk who are aware of that often avoid the term, lest they be misunderstood.

Smith insists that faith is not a matter of affirming doctrinal opinions. It’s about orienting one’s life towards love, grace and service – which, for Christians, is in the spirit of Jesus. Other world religions have their own equivalents.

Faith is deeper, richer and more personal than beliefs, he says. “It is engendered and sustained by a religious tradition, in some cases and in some degree by its doctrines; but it is a quality of the person, not of the system.

“It is an orientation of the personality, to oneself, to one’s neighbour, to the universe; a total response; a way of seeing whatever one sees and of handling whatever one handles; a capacity to live at more than the mundane level; to see, to feel, to act in terms of a transcendent dimension . . .

“At its best it has taken the form of serenity and courage and loyalty and service: a quiet confidence and joy which enable one to feel at home in the universe, and to find meaning in the world and in one’s own life, a meaning that is profound and ultimate, and is stable whatever may happen.” It leaves in the dust the nihilism of alienation, cynicism, lack of commitment, and the pointlessness of life.

What is there not to like about such a rich and valuable human quality? And, says Smith, it is to be found among Christian and Jewish communities, Islamic and Hindu, Buddhist and other communities, and among humanists, throughout the world.

People’s religious beliefs/opinions are all over the place – that’s inevitable. What matters is living the life of faith.

ON SALE AT THE COMMON GROUND 2018 CONFERENCE from Philip Garside, or from publishers Makaro Press, Wellington

Another resource about “Faith not belief“: Affirmation of Faith – Living as if we matter